Biosketch
Dr. Christine Klein is a Professor of Neurology and Neurogenetics. She studied medicine in Hamburg, Heidelberg, Luebeck, London, and Oxford (UK) and did internships in Stockholm (Sweden), Rennes (France), Wollongong (Australia) and Vitebsk (Belarus). She moved to Boston from 1997-1999 for a fellowship in Molecular Neurogenetics with Dr. X.O. Breakefield and completed her neurology training at Luebeck University in 2004, followed by a series of summer sabbaticals in movement disorders with Dr. A.E. Lang in Toronto, Canada in 2004-2015. She was appointed Lichtenberg Professor at the Department of Neurology of Luebeck University in 2005, where her research has focused on the clinical and molecular genetics of movement disorders and its functional consequences. In 2009, Dr. Klein was appointed Schilling Professor of Clinical and Molecular Neurogenetics at the University of Luebeck and became Director of the newly founded Institute of Neurogenetics in 2013.
Dr. Klein has published >500 scientific papers and has an h-factor of 99 with ~40,000 citations. She is Deputy Editor of ‘Movement Disorders’ and ‘Science Advances’ and former Associate Editor of ‘Annals of Neurology’ (until 2021), served as chair of the Congress Scientific Program Committee of the 2016/2017 Annual Congresses of the International Parkinson and Movement Disorder Society, is the acting Past-President of the German Neurological Society (~10,000 members) and Chair-elect of the European Section of the International Parkinson and Movement Disorder Society (MDS-ES). She has been elected member of the National Academy of Sciences Leopoldina in 2021. Ten of her former doctoral students or mentees have been promoted to the level of assistant, associate or full professor. 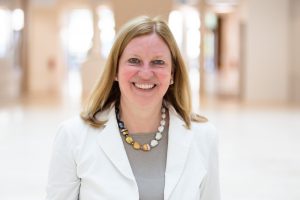