Award Lecture: Sunday, 1 May 2022 during the opening ceremony
What makes a movement voluntary or involuntary?

Biosketch
Dr. Mark Hallett is the Chief of the Human Motor Control Section, National Institute of Neurological Disorders and Stroke, National Institutes of Health, Bethesda, Maryland.  He obtained his MD at Harvard Medical School, had a medical internship at the Peter Bent Brigham Hospital, and a residency in Neurology at the Massachusetts General Hospital.  He had fellowships in biophysics at the NIH and clinical neurophysiology at the Institute of Psychiatry in London.  From 1976 to 1984, Dr. Hallett was the Chief of the Clinical Neurophysiology Laboratory at the Peter Bent Brigham Hospital, which became the Brigham and Women’s Hospital.  He progressed at Harvard Medical School to Associate Professor of Neurology.  In 1984, Dr. Hallett came to NINDS, NIH, with tenure, as Chief of the Human Motor Control Section, and in 1988 became Chief of Medical Neurology Branch, both positions he still holds. He was also the NINDS Clinical Director from 1984 to 2000. He has been President of the American Association of Neuromuscular and Electrodiagnostic Medicine, the International Society of Motor Disturbances, the International Parkinson and Movement Disorder Society, and the International Federation of Clinical Neurophysiology, and is currently President of the Functional Neurological Disorder Society.  He was appointed an NIH Distinguished Investigator in 2020. He has delivered many named lectures and won many prizes including the World Federation of Neurology Medal for Contribution to Neuroscience in 2019.  His research focus is on human motor physiology and the pathophysiology of movement disorders, with recent focus on dystonia and functional neurological disorders. He has a long-standing interest in the nature of voluntary movement. 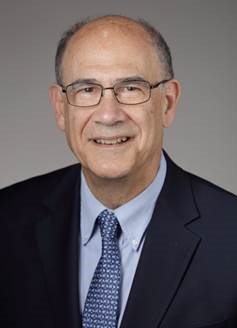